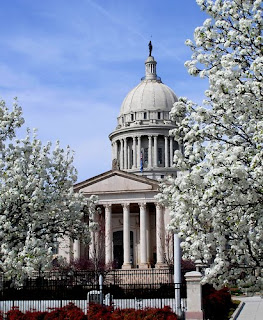 SB 1062 will convert the state’s current judiciary workers compensation system to an administrative system. Oklahoma is one of only a handful of states that still uses an adversarial judiciary system. Currently, workers who are injured on the job could wait years for a benefits judgment due to the slow and drawn out legal process under the judicial system. The costly legal proceedings also raise workers compensation insurance rates for Oklahoma businesses.

“It’s time Oklahoma solves an old problem with a modern solution,” said House Speaker T.W. Shannon, the author of SB 1062. “We need a strong system that protects workers and drives down costs, and I applaud my fellow legislators for taking on this massive effort.”

“The time for baby stepping our way to reform is over,” said Rep. Leslie Osborn, Chair of the House Judiciary Committee. “Oklahoma needs to take decisive action and SB 1062 does just that.”

“The old system neither benefited the worker nor the employer,” said Rep. Jon Echols, R-Oklahoma City. “This new administrative system is designed to help workers get back on the job through therapy and vocational rehabilitation.”

“The current judicial system is a huge stumbling block for workers and businesses in Oklahoma,” said Osborn, R- Mustang. “Right now, Oklahoma has one of the highest work comp insurance rates in the nation because of its inefficiency.  Workers deserve a better process and businesses do not need to be scared away by overwhelming insurance costs.”